Dangerous employees – what are the signs? (part 1) 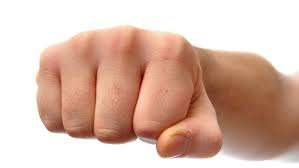 I launched a new presentation last week – a wrap up of the research into the psychological markers of dangerous employees.  I was a little surprised at the level of interest in the topic, but perhaps I should not have been.

After all, all around the world we seem not to have a day go by without reading something about an employee acting with violence or sexual domination against a colleague, a client or a stakeholder.

I wrote the presentation at the request of people in the community sector, who are very concerned about the topic, often because they send caregivers unsupervised into the homes of the vulnerable.  This a bit of a “don’t get me started” topic for me, because there are very clear psychological markers for some of these dangerous behaviours and I find it very frustrating that people do not test for them and therefore put colleagues and clients at risk.  Here is a brief wrap up of some key facts on the topic.

I will post another blog entry on this topic next week – there are a number of other important markers, but if you are interested in finding out more about how you can measure these characteristics, click here.