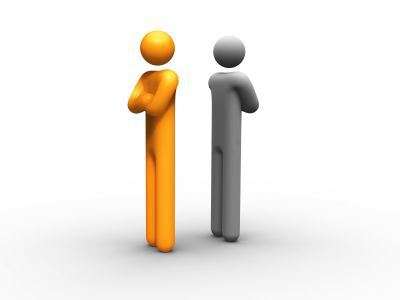 Some years ago a psychologist called Simon Baron-Cohen (2009) suggested an explanation for some of the behaviours associated with autism.  He posited that people on the autism spectrum were extreme “systemisers”.  They tend to see the world as being defined by a set of rules and they are interested in finding out what those rules are and how they work.  They are often very upset by situations where the rules change or cannot be worked out.  They often like a sequence of events which become predictable and can become very upset when the sequence changes.  They tend also to not be equipped to empathize with others – they struggle to understand social interactions and can have difficulty in decoding non verbal behaviour.

This proved a very interesting perspective on autism, but Baron-Cohen (and others) began to apply it more widely.  At the other end of the spectrum from systemisers are “empathisers”.  Empathisers have a strong drive to understand the emotions of others and then to respond with appropriate emotions of their own.  Like many things in psychology this is a true spectrum.  The vast majority of people are somewhere in the middle, people with Autism Spectrum Disorder are extreme systemisers, and at the other extreme are empathisers who are so concerned about the feelings of others that they can become paralysed with doubt when trying to make decisions.

There appears to be a strong genetic and brain development aspect to this, so if you are an empathiser or a systemiser you’d better get used to it, because it is not likely to change much in your lifetime.

You can learn skills to adapt better to various situations, but as with personality the intrinsic characteristic will persist.

There have now been many research projects to see how this preference affects a range of behaviours in life and it has been found, for instance, that whether you are an empathiser or systemiser has a big impact on your music preferences.  Greenberg et al (2015) surveyed in excess of four thousand people to find out whether they were empathisers or sytemisers.  In the same survey they asked them about their music preferences.  They found that empathisers tended to like music which is softer and has more emotional depth.  Systemisers tended to like music which was complex, high energy and animated.  Some example results are listed below:

So, where we are on the empathizing/systemizing spectrum has an effect on a range of things we are almost certainly not aware of.

This presents us with the interesting idea that in every workplace every staff member is somewhere on the empathizing systemizing spectrum.  If empathisers hear opinions on an issue from a systemiser they are likely to be surprised at how impersonal it may sound – perhaps even callous.  If systemisers hear the perspectives of an empathiser they may be surprised at how irrational and emotional it may sound.  Does this sound familiar?  Don’t we encounter this very often in the course of our work life?  Neither is right or wrong, their brains are wired differently.  I think that an understanding of this issue may help to increase tolerance to alternative perspectives at work.

How about you?  Are you an empathiser or a systemiser?  Why don’t you take Baron-Cohen’s online survey at http://personality-testing.info/tests/EQSQ.php and find out.