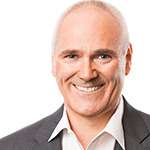 What do you make of the field full of sunflowers above?  Yes, they’re yellow, and they’re very pretty and cheerful.  But do you notice something else about them?  They are all facing the same way.  That’s because sunflowers are Heliotropic – they turn towards the sun.

Many contemporary researchers have considered the heliotropic nature of leaders.  The more positive they are the more people turn towards them to be led by them (Cameron, 2012).  If you pick up leadership books you will find in virtually every one that there is a definition of leadership.  I have my own favourite definition: a leader is a person whom people want to follow.  That is why leaders are different from managers.

Leadership is the intrinsic characteristic which makes a person say, often unconsciously, I want to follow this person.

A manager is a person with formal power, who may or may not be a good leader.

People like Kim Cameron from the United States have studied the phenomenon of heliotropic leadership.  He found that the more positive behaviours (focusing on the future, focusing on positives rather than negatives, being optimistic) a leader demonstrates the greater the levels of engagement, energy and performance of the staff.  What was really strange, however, was that the levels of positive behaviours demonstrated by the leaders correlated positively with the levels of wellbeing of family members of the staff (Owens, Baker & Cameron, 2011).  Think about this.  The family members have often not even met the leader concerned, so why does the leader affect their wellbeing?  I guess the answer is that the positivity of the leader affects the wellbeing of the staff member who then hands it on to his or her family through the phenomenon of emotional contagion.  How many leaders consider the fact that they are affecting the wellbeing of people they have never met by virtue of the behaviours they demonstrate at work?

We recently completed a big study (over 2600 people) into leadership behaviours in partnership with Deakin Uni.  In this study we measured leadership behaviours which have the biggest impact on levels of engagement of staff (which is known to be an excellent predictor of performance).  The results showed that one of the most important was that of being positive, optimistic and future focussed.  The sad part is that many leadership development programmes do not even mention this set of behaviours, let alone emphasise its crucial importance.  So, it is worthwhile question to ask yourself. Are you a heliotropic leader?