Integrity – can you measure it? 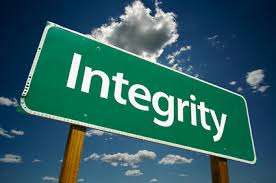 Integrity – can you measure it?

I present regularly on the topic of predicting success in work environments.  Fortunately, there is a world of research from organisational psychology as to what predicts success at work.  See for example what I like to call the “league ladder” of recruitment predictiveness.  An item which often surprises people is integrity testing.  Integrity testing has a long history and was originally developed as a way of screening out employees who might be inclined to steal from retail companies.  One of the earliest developers of this type of testing was a gentleman by the name of Reid, who developed an instrument called the Reid Report which has been used often to reduce employee theft in retail environments, but which has now been developed to measure a range of other characteristics, such as honesty, goal achievement behaviours, effective relationships with colleagues etc.

Why is integrity testing so predictive of success?

When we consider overt integrity tests which ask one questions related to honesty, many people assume that this must be a kind of an IQ test.  After all, who would be stupid enough to confess to giving unauthorised discounts, stealing money, taking drugs or fighting with colleagues?  This is the curious and unique characteristic of the psychological dimension of integrity.  If you’ve got it, it’s clear as crystal and if you haven’t, you don’t see what the problem is.  We have tested literally thousands of people per year on integrity tests and many people confess to a range of behaviours which would surprise you.

It combines very effectively with other forms of employment assessment, such as interviewing or intelligence testing, because what it measures is totally different from most other forms of assessment.  In fact, when you combine intelligence testing with integrity testing you get predictiveness of .65, which is exceptionally high, particularly when you consider that the best interviews appear to give predictiveness of about .51 or so.

So, all this suggests that if you were hiring employees you should definitely test for integrity for the reasons of screening out people with low levels of integrity, but also identifying people who have high levels of integrity and therefore are likely to contribute to the organisation more generally.  In the retail cases mentioned earlier, shrinkage (retail’s polite term for employees stealing from their employers) has reduced by up to 20 percent in a number of studies where overt integrity testing was introduced.  This is a very measurable improvement and one which suggests a strong business case for using integrity testing.  We integrity test right up to senior executive levels and we have found it to be incredibly illuminating about a range of behaviours or tendencies, both positive and negative, even up to Chief Executive level.

Integrity testing is also probably the only reliable way of identifying people’s levels of honesty and integrity, due to the inaccuracy of reference checks.  If you want to know more on this topic, click here for my post on reference checks and their faults.

So what is integrity?

Interestingly, we are now coming to find that integrity is a characteristic which has a strong genetic component to it.  The research evidence emerging in recent times suggests that integrity is extremely enduring over the length of life and has a kind of an attitudinal component to it, but it has a very strong hereditary component and that some people are simply born more honest than others.  Naturally, teaching values can influence this, but the enduring characteristic of integrity does appear to be something that people either get or they don’t and there is some recent work which has been conducted by neuroscientists to identify the combination of characteristics in brain activity which gives rise to integrity style behaviours.

I don’t personally like the term “integrity”, and neither do many of our clients.  This name seems to imply that we are assessing people‘s souls, whereas we are actually assessing how likely they are to undertake counterproductive work behaviours – the common name for these negative behaviours.  For this reason we call our assessments of these characteristics “counterproductive work behaviour” assessments, which seems to me a little closer to the mark and not so unnecessarily judgmental.

We strongly recommend the use of counterproductive work behaviour testing in employment of people at all levels of seniority and in all vocational categories.