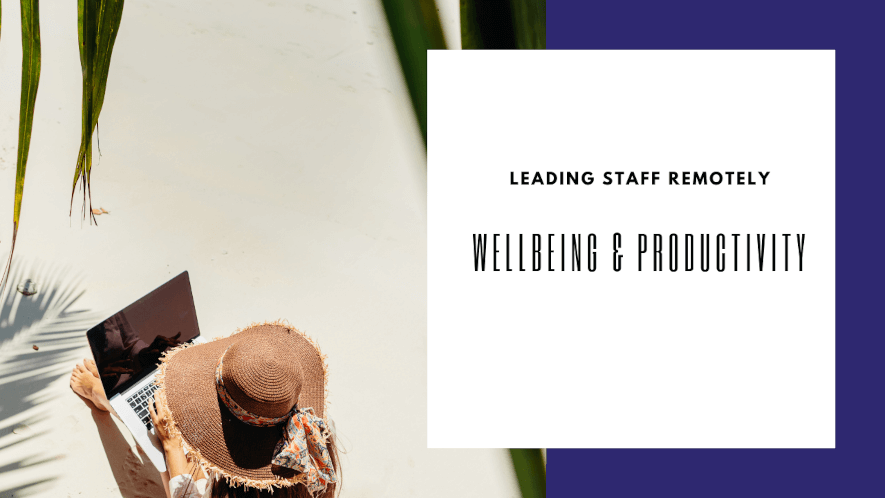 Learn the best way to define success in remote work, in terms of wellbeing and productivity.

We cover the best way to look at wellbeing, and it’s not just the absence of mental illness.

And we discuss the impact of remote work on performance, and the incidence of negative behaviours.

Welcome to video number three in our eight video sequence on remote work.

One is well wellbeing and the other is productivity. So an employee who’s a successful remote worker is a person who has high levels of wellbeing irrespective of the fact that they’re working remotely and also they’re productive.

So let’s talk a little bit about wellbeing.

So if we look at the question of wellbeing, historically, wellbeing has been defined as the absence of mental illness such as depression and anxiety. And so the question that you’re asking in that aspect of wellbeing is, will remote working damage this person?

And the truth is that remote working will damage some people. They will be less well in terms of anxiety, depression, wellbeing, those kinds of things.

But if you’re going to define wellbeing as the absence of illness, I personally think that’s a particularly depressing way of looking at wellbeing and also simply not correct.

So a positive psychology definition would say that if a person is working well remotely, then they haven’t been harmed in terms of psychological damage. But in addition to that, what they need to be is growing, developing, happy, continuing to improve, not just their work life but their general life from their work, that’s a true definition of wellbeing.

So we’ve raised the question about wellbeing.

But there’s also the question about performance.

I guess what that may reflect is that there’s more distraction in an office and a greater opportunity to focus if you’re working from home. So that’s one component.

But the second component is whether the employees do bad stuff or not. This is called counterproductive work behaviours in organisational psychology.

So they’re things like being rude to people, impolite to people acting like they don’t exist, having difficulties getting along with people, then saying bad things about your organisation not making appointments in time, stealing stuff, ignoring safety rules, and so on.

So how does that relate to remote work?

There is evidence that negative behaviours occur more often when people are not under the scrutiny of either leaders or colleagues. In other words, when we are in the presence of other people who we think might evaluate us if we do the wrong thing, well, social psychology will show you that people do that stuff less often.

So there is a greater risk of counterproductive work behaviours when people are working remotely.

Now, in other of these videos, we’re going to talk about the personal characteristics of people who are suited to working remotely and certainly there’s no doubt about it that people who are more intrinsically honest tend to have less increase in bad behaviours than people who are not quite so much that way.

That leads beautifully on to the next video in this sequence, which is what makes someone suited to remote work.

And we’re going to look at the types of characteristics that cause people to be happy and effective in working remotely and people who can be truly productive and contribute to their organisation best.

Join us for the next video:

Or watch the previous video about remote working:

And if you’d like some help assessing whether your current employees or your future hires are suited to remote work, contact us for a free trial of our Remote Worker Test.