Maybe our leaders should consider leading 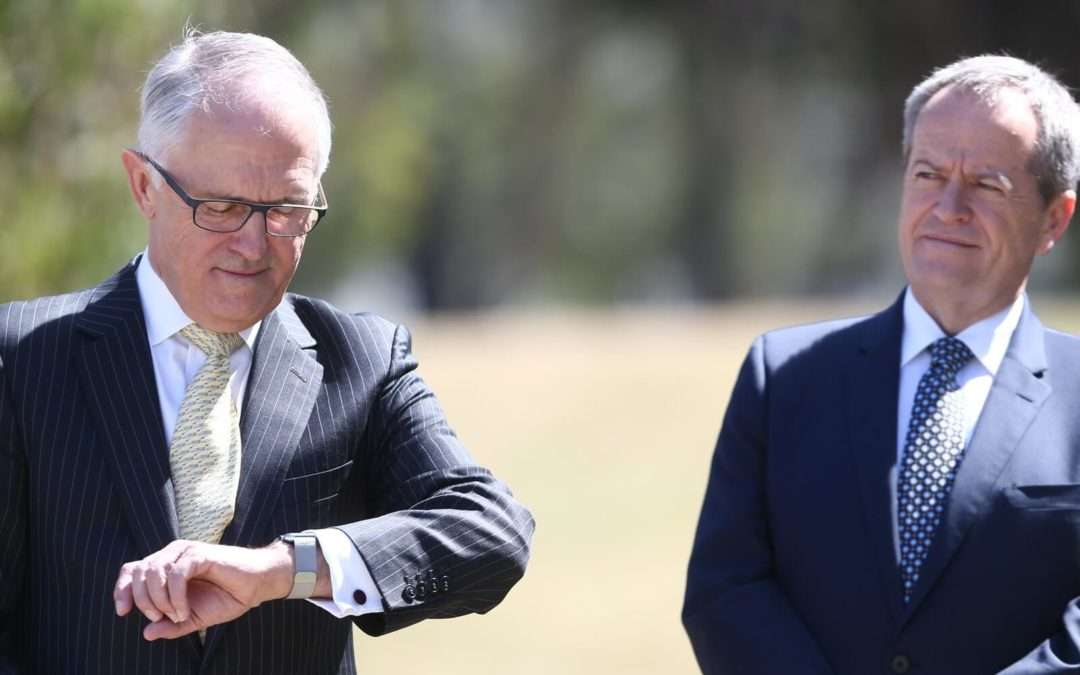 Psychologically a leader is a person people want to follow.  This is the difference between leadership and management.  A manager is a controller of resources, a planner, a strategist, an administrator. Leadership evolved amongst animals, including primates, to maximise the probability of survival.  We look toward our leaders to give us a better future and to ensure that our “band” (originally hunter gatherer groups) will prosper and be safe.

Worldwide commentators have remarked on the disillusionment of communities with their political leaders.  This has given rise to an extremely wide range of “issues” parties. Consider Pauline Hanson’s recent success in the Australian Federal Election.

It seems that people are looking for leaders who stand for something, even if that something is very extreme.

What we seem to have in mainstream political leaders is such a fear of negative tweets and other soundbites that they studiously avoid standing for anything which might be seen as a real “position”.  In other words, the instant media cycle which technology has created has virtually killed the conviction politician in major parties.  It seems hard to imagine Keating’s deregulation of the finance markets in the current climate of media hysteria. Remember how controversial Howard’s strict gun laws were when he first mooted their introduction?  I wonder if they would have flown at the time if the twittersphere was as active as it is now.

The problem that mainstream politicians have is that if they don’t stand for anything in a policy sense then they seem only to stand for getting and keeping power and it makes what they say intrinsically untrustworthy.  That is not going to cause people to want to follow them and will continue to play into the hands of minor, issues based parties.  This is worrying if we need reform, because a parliament made up of multiple fragments is unlikely to be able to muster the cohesion to cause it to happen.  I think we need a conviction politics renaissance.

Are your leaders really leading?  Click here to find out how you can assess whether they are.