Meaning of Leadership: A Definition 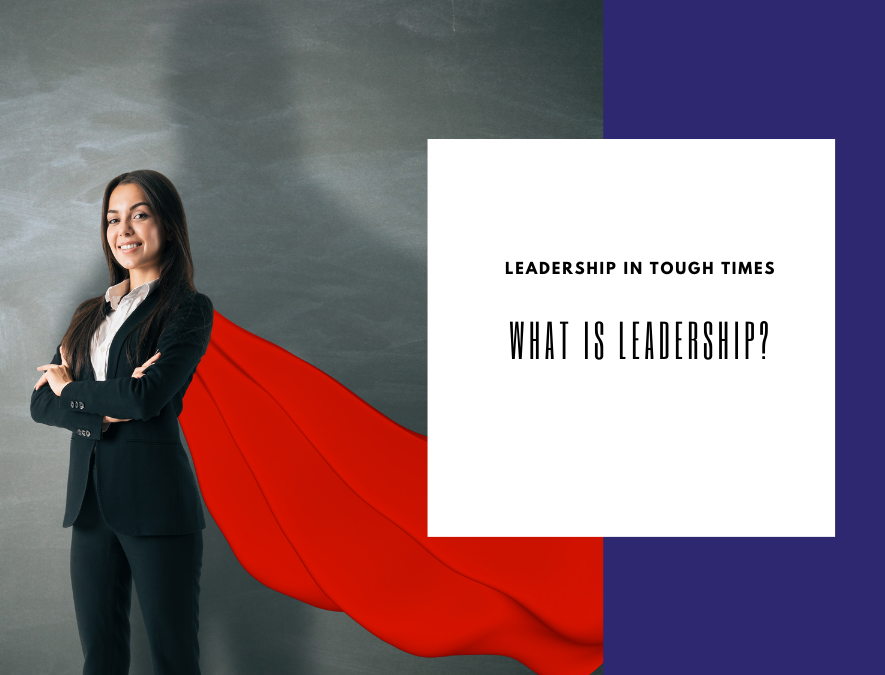 A simple definition of leadership

The simple definition of leadership is a person that people want to follow.

Yes, you can be excellent at managing the day-to-day activities within an organisation but that doesn’t make you a leader people want to follow.

Great leadership is biological, research has found that those who rise to leadership positions often have high levels of serotonin. This is a chemical in the brain that makes you feel happy, calm & reasonable.

Lets take a closer look at what leadership is all about.

Part 2 – What are the major causes of stress in life and work?

Hi, Andrew from SACS and welcome to video number one in our eight-video series on Leadership in Tough Times.

We’re going to be dealing with a range of different topics in this series. We’re going to start off with a question of what is leadership? What do people mean when they use the term leadership?

We’ll give you a brief and really practical definition. Then we’ll move on to issues like stress and stressors. Those are things that certainly affect us during tough times. We’ll be talking a little bit about the neuroscience of stress.

We’ll be talking about how you know whether you’re stressed and whether your colleagues are stressed, and addressing the fascinating question of why some people are more stress sensitive than others, and that’s the issue of resilience.

A leader is a person people want to follow

But this particular one is about what do we mean by leadership? And so, here’s my simple definition of an effective leader. If you go to a university, you will see carrels of books with stacks of definitions of leadership, but here’s one that I think really matters.

A leader is a person that people want to follow. That’s the definition. Leadership isn’t some abstract, weird philosophical concept.

Now, this is a very clear differentiation between leadership and management.

Difference between leadership and management

People can be exceptional managers, which means that they do the intellectual stuff of management, well, which might be delegation or budgeting or planning or whatever.

But leadership is a very interpersonal kind of a thing.

Can you be a great leader and a terrible manager?

Now, of course, ideally, you’d be great at both, in which case, great leadership and great management means a great official in an organisation, or a corporation of some sort.

But ultimately, a leader is a person that people want to follow.

Now, why do certain people want to follow other people?

Well, there’s a range of research in areas like chimpanzees.

And this is research from a gentleman by the name of Richard Arvey, goes back some decades now.

But Arvey investigated the serotonin levels of chimps. And what he discovered is that the chimps that seemed to rise to leadership positions were often chimps that had high levels of serotonin in their brains.

The effects of serotonin

Now, you may never have thought of chimps as being reasonable. But in fact, the most reasonable chimps often rise to positions of leadership in chimp troops.

Now, chimps fight for leadership, like a lot of animals do, but in fact, they vote, in a way, because the chimp that gets the greatest level of support in the fights from the other chimps is the one that will rise to levels of leadership. And so you kind of vote, well, they don’t have hung parliaments or secret ballots or any of that stuff, but chimps do vote for the leaders that they want to follow.

And it turns out that they have higher levels of serotonin.

But what Arvey also discovered is that the same applies to U.S. fraternity presidents in the United States of America.

Now, if you go to the U.S., you have these clubs at universities.

And Arvey discovered the same thing in the neurology of the fraternity presidents and the sorority presidents as he found in the chimpanzees. That is they tended to have higher levels of serotonin.

He also discovered when chimps subsequently developed into leaders, it was quite often the ones that had the highest levels of serotonin as babies who ultimately went on to achieve leadership in amongst chimps.

So it’s a very visceral thing.

Leadership evolved to give fellow organisms a better future. That’s what leadership is.

So the next video in the series is about stress and stressors. Stress is the visceral, the neurological response to discomfort. Stressors are the things that cause us to experience that discomfort.

Join us to see what happens next in this series.

Watch the next video in this series to find out more about leadership in tough times:

Part 2 – What are the major causes of stress in life and work?

And if you’d like some help with developing your leaders to better handle challenging times, contact us about our Wellbeing and Engagement Survey.