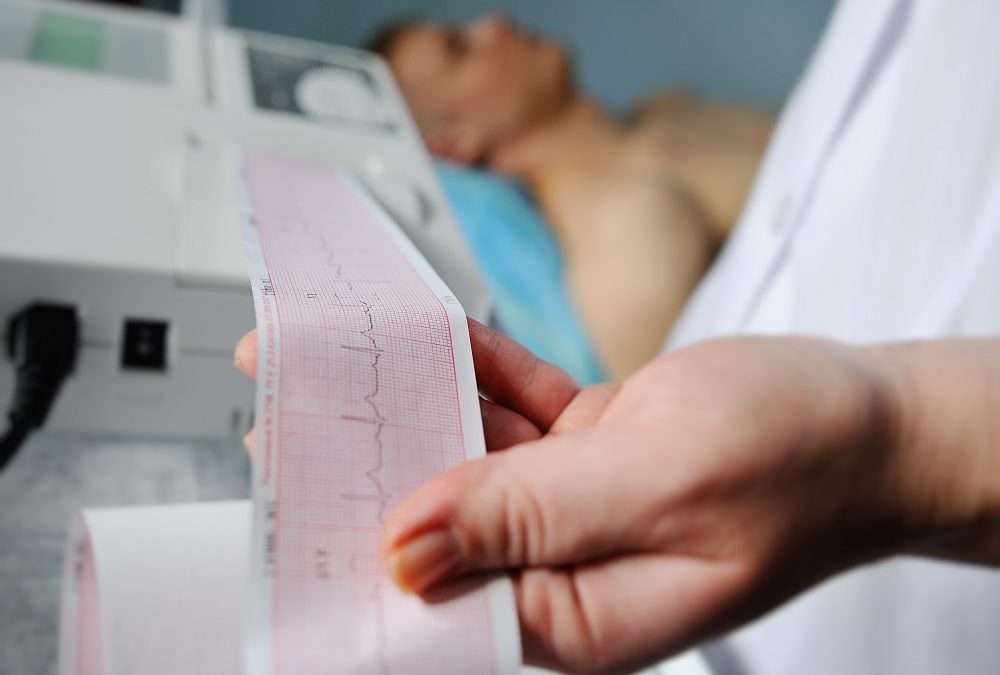 Friday the 13th of January turned out to be an eventful day for me.  I had come back from leave about a week earlier and my wife Suzy was still in Spain.  I had not felt well that day, but after a meeting in Docklands I began to feel seriously ill.  I was very faint and felt severe chest pains.  In fact, I nearly treated a very large group of commuters on Southern Cross Station to the spectacle of seeing me collapse on the platform.

I made my way to the emergency ward of a nearby hospital, where they quickly admitted me, hooked me up to an electrocardiogram and took some blood.  After about an hour a doctor came to see me.  He said that I had had a heart attack and while my blood tests did not show heart damage he expected that later blood tests would.  He showed me the trace of the ECG and pointing to certain features told me that they were very typical of heart damage.  He told me that I would remain in the hospital and have a stent inserted, probably on Monday.  They would like to do it sooner, but it was difficult to arrange on the weekend.

Fortunately I had my tablet with me, so I related all the latest developments to my wife via whatsapp – we were both a little concerned.  I basically never get ill so all this was somewhat unexpected.  I was taken upstairs to the cardiac ward and spent the night there, woken regularly for a series of tests.

After 10am someone introduced to me as a “cardiac doctor” arrived, attended by two others – interns I guess.  One of the interns briefed the cardiac doctor on the case with me as an interested spectator in the bed.  They reviewed the tests taken overnight.  The doctor said that all the tests taken overnight were perfectly normal – in fact my heart function was well above average and the bloods were perfectly fine.  The intern showed the doctor the test taken in emergency and he said dismissively, “Ignore it.  You can’t get a pattern like that.  The leads were wrongly connected.”  The two interns looked at the trace and made one of those “Ohh…” sounds you tend to get when some big error is discovered.

The doctor told me to get up and walk around and if the dizziness and discomfort was gone, I should go home.  I went home as quickly as possible because I was kind of losing faith in the process by this stage.

Subsequent assessments confirmed that I have a good heart and heaven knows where the chest pain and dizziness came from, but it has not recurred.  All this gave me a number of reflections:

When I’m hiring staff I rely way more heavily on the psychological assessment results than on my own opinion.  Why fight it?  The instruments are way better than we are. Maybe the doctor in the EI was having a bad day.  Maybe he was not a great hire.  Psych tests don’t have bad days. Click here to find out more.