Have you ever noticed that people are bad judges of their own incompetence?

Today I am writing about an aspect of human nature which is somehow alarming and endearing in almost equal proportions.  It is a thing called the Dunning Kruger effect.  It was discovered, perhaps not surprisingly, by two psychologists called Dunning and Kruger from a study they conducted.

The study was set up in the following way.  People who were involved in a course of study were asked to rate their ability in the subject.  They were also asked to forecast the score they believed they would get on the examination for the subject.  After the examination results were in, Dunning and Kruger split the group into four subsets, based on their actual exam scores, from the lowest to highest quartile.  The results are in the table below. 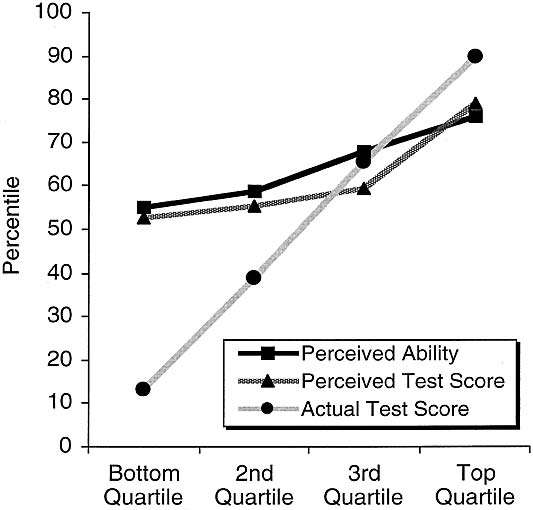 I think this is interesting in the context of the learning task these people were undertaking, but many other researchers applied this model to other abilities, and it has been found to apply extremely widely.  Think of people’s belief in how good they are at:

This is why 360 degree feedback was invented.  It’s also why we invented our new SACS 360 software, to make this easier to do.