Why are some people power hungry? 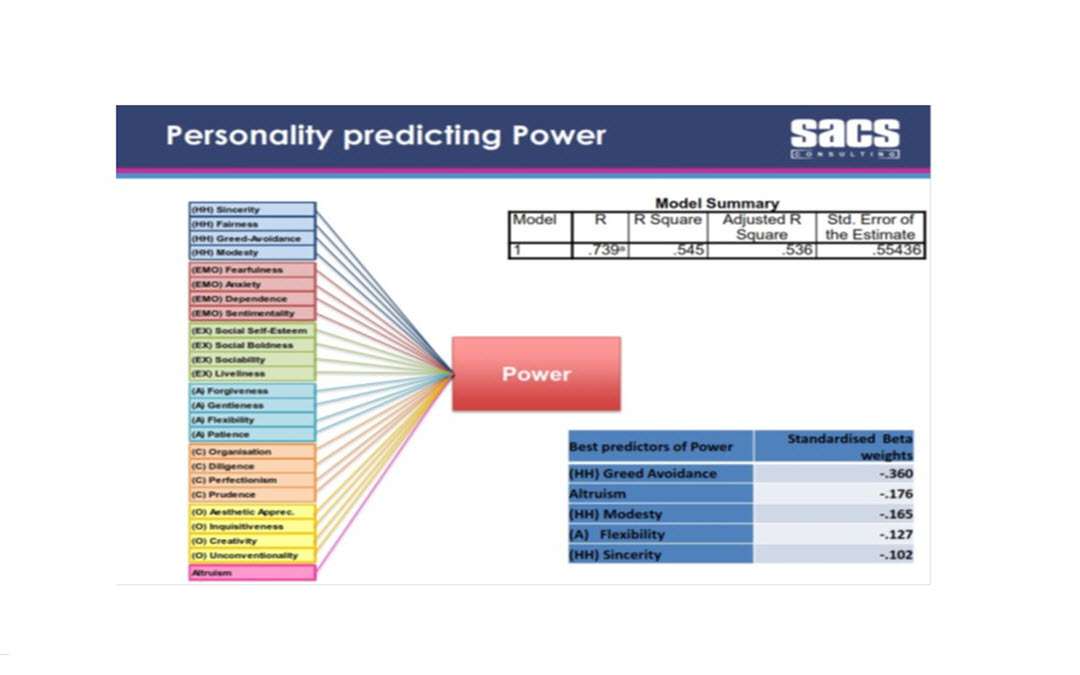 Why are some people power hungry?

Did you know that you can measure a person’s values? Shalom Schwartz is one of the world’s leading researchers on the topic of values and has identified 10 basic human values which apply to all individuals across the world (Schwartz, 2012).

One of these values is Power. A person who is high in power is somebody who believes that it is important to dominate either people or resources. We’ve all seen this behaviour in organisations – the person who relentlessly seeks authority.

A range of research including primary research we have conducted at SACS shows that power seeking individuals can sometimes be less respectful of other people and less capable of seeing issues from any perspective other than their own. Power seekers can also be more likely to undertake negative behaviours towards their colleagues or clients, particularly of the power drive is extreme.

But why are some people power seekers? Earlier this year I was part of a team led by Jeromy Anglim from Deakin University which published a paper on the relationship between a person’s values and personality (Anglim et al, 2017). In general we discovered that values are largely learned in the course of a person’s life and not overly dependent on personality. This is an interesting finding because we know that personality has a significant genetic component.

The value of Power seems to be an exception to this rule. The diagram above shows the relationship between personality and the value of Power in a sample of over 1000 working Australians. We had the HEXACO personality profiles on all of these people as well as their Power score on Schwartz’s Portrait Values Questionnaire. The research question we were asking was whether it was possible to predict their Power scores from their personality profile.

It turns out that we could predict the value of Power with just over 53% accuracy from people’s personality profiles (that’s what the adjusted R Square means). So, the majority of the variation in these participants Power scores was accounted for by their personality. In science a majority relationship is considered to be an extremely strong relationship.

The box on the bottom right-hand corner shows the personality characteristics which were the best predictors of high Power scores. It shows that high Power seekers tend to be low in the personality characteristics of Greed Avoidance, Altruism, Modesty, Flexibility, and Sincerity. This paints a rather unflattering picture of extreme power seekers having a tendency to greed, hard heartedness, arrogance, inflexibility and a preparedness to manipulate people.

If you like to learn more about this topic, check out our events page for related events. If you would like to assess whether prospective hires are likely to be strong power seekers click here.